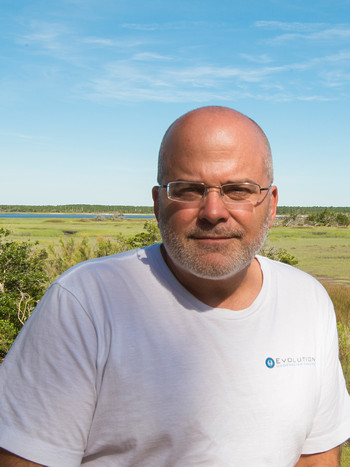 Mike left the grind of the New York City corporate world in 1998 and hasn't looked back. Since this time he has traveled the world extensively working in the diving industry in a variety of capacities such as instructor, dive guide, operations manager, boat captain and photo pro. In the last 5 years Mike has began organizing his own custom dive and photo expeditions. His goal is to utilize his vast travel, dive and photo expertise to deliver top notch dive excursions for his guests.

In 2003 Mike discovered his love of underwater photography and cinematography when he began employment in Truk Lagoon where one can discover the famed Japanese WWII shipwrecks. He eventually went on to become captain of the Truk Odyssey and this is where you will find him today when he is not traveling to the worlds finest dive locales.

In recent years Mike has done work for the broadcast industry. The British Broadcasting Company hired him as a consultant in 2013 to utilize his extensive experience with sand tiger sharks for a segment in the production titled "Shark". In addition, his work has appeared in programs for Travel Channel and Nat Geo Wild.

In 2009, Mike became captain of the dive vessel Midnight Express out of Olympus Dive Center in Morehead City, NC. It was here where he discovered his passion for sharks with the prolific sand tiger being the focal point of his photography. His documentary, Wreck Denizens of North Carolina, was completed in 2016 and is free to watch on You Tube. In 2014, Mike founded the North Carolina Wreck•Shark Shootout; a photo video contest where attendees come from around the world to compete for prizes and share a mutual love of photography, wrecks and sharks.

Mike has written numerous articles that have been published in Alert Diver, Scuba Diving, Diver, Wreck Diving and Sport Diver magazines. (Visit the "Articles" menu in this web site.) In addition, he uses his print making skills developed in his college days to sell custom fine art photographic prints.

Mike also has two additional documentary films to his credit, The Wreck of the SS President Coolidge, released in 2006 and The Wrecks of Truk Lagoon released in 2011. Both have gone on to be collectibles for divers, history buffs and wreck diving enthusiasts.

Join Mike on one of his photo dive excursions to exotic locales. Each year he will be offering new destinations for you to experience. See the "Travel" drop down menu in this web site.

Please contact [email protected] if you would like to join him on one of his many expeditions or if you have any questions.